When One Thing Is Connected To Another

Last week when we installed our free granite step it did two things:

1) Make us appreciate our new step

So this week we installed a new gravel driveway. We had a couple of tree stumps which had exposed themselves at the end of the driveway taken out and then Buster from Cross Excavation who plows our driveway in the winter came over and put down the gravel. Initially they dumped a truck load of stone dust mixed with some gravel and spread it around and thought that was what we wanted. I explained that our idea of gravel was different than this and the next morning when he arrived we showed him some pictures of nice gravel driveways that Lauren had pulled from the internet. Looking back we should have done this in the beginning but hey we’re young and still learning, right? So now Buster better understood what we wanted and he did right by us and hauled a few more truckloads of ¾” crushed stone and spent more than ½ of the day spreading it around. 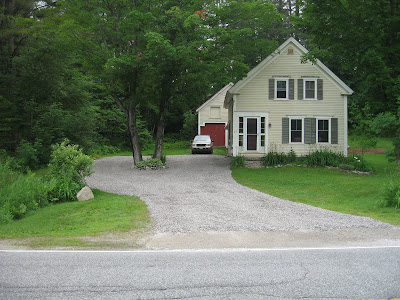 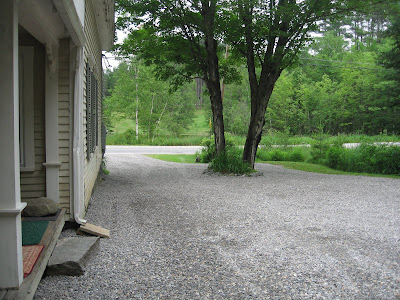 Last spring we had two asphalt paving companies give us an estimate to pave the driveway and they came back with estimates between $6,700 and $8,000 and one of them did not include the tree stump removal. We were quoted $650 for this gravel job complete so I would say we made a good decision. That takes care of the driveway so now on to the covered porch.