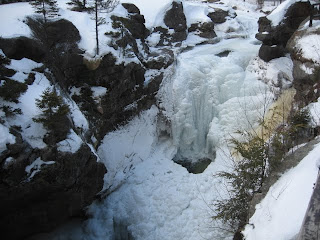 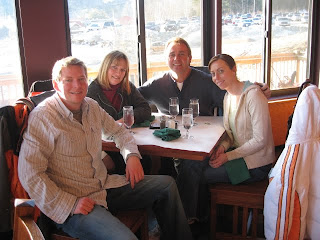 It’s been three weeks since we rolled in to Bethel and things are progressing fairly well. Community Energy was working every day last week on installing our new propane gas furnace and hot water system. It’s a big job because they’re removing the defunct oil burner and tank from the wet and damp basement and installing a new gas burner on the first floor. Also they’re installing new baseboard radiator on the second floor where the only heat previous to this was an 8” x 10” hole cut in the floor to the let the heat rise from the first floor. We’re not going to tough it out like all the families who lived there before us did, after 200 years we’re modernizing it. I figured the two most important things are to be warm and dry. I’m hoping by the end of next week the system will be ready to fire up.
Last week we took advantage of one of the biggest perks around here which is a free day of skiing at Sunday River. The deal is if you are a resident of the area you can get a free lift ticket, free ski rentals and a free lesson so Lauren and I headed up the mountain and Don (also known as the preacher) gave us some lessons. After a couple of hours he cut us loose and I wiped out twice on my own. That’s one way of learning. Later that afternoon we went down to the Matterhorn Restaurant and had pizza and beer. I had anchovy pizza which I love but can’t order too often if you’re sharing one. Thankfully these were personal size pizzas.
Amber, Tommie, and Maya came up this weekend to see the house for the first time. I know they think we’re a bit crazy and seeing the challenge ahead of us will help sustain that thought. We took them around town and stopped at the “Transfer Station” to dispose of some construction material and trash. Nothing but the best for my kids. Then we took the Mountain Explorer up to Sunday River to show them the ski resort and had a late lunch at the Phoenix House and Well Restaurant http://www.phoenixhouseandwell.com/ which overlooks the mountain. Today we took a ride up to Screw Auger Falls in Grafton Notch State Park. Needless to say the Falls were frozen over but there were a few open holes here and there where you could see the water flowing through (See the picture above) http://www.maine.gov/doc/nrimc/mgs/explore/surficial/sites/grafton.htm . On the way back we stopped and had some BBQ smoked Pulled Pork and Beef Brisket from BBQ Bob’s “Real Pit” BBQ http://www.therealbbqbob.com/ which was wicked good. He smokes the meat over low heat for up to 16 hours. Signing off from Bethel in the words of good old Walter Cronkite “And that’s the way it is.”
Posted by Unknown at 4:03 PM