Two Years and One Room Done

Who said I wasn’t slow and deliberate.  It hasn’t really been two years since we’ve bought this house but close enough if you round up and we now have one room in the house that we can point to and say “finished”.  This would be the guest bedroom, the room Lauren and I use the least.  The last item to address here was the floor which like all of the floors on the second level was painted pine boards.   It was in pretty rough shape as you can see in this picture. 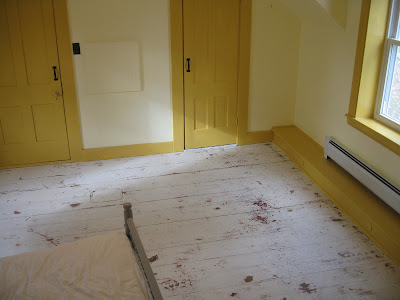 It was naturally distressed from I’m guessing ski boots and other wear and tear.  Lauren picked out a grey color paint designed for use on concrete patios and garage floors which is good because it should be durable. 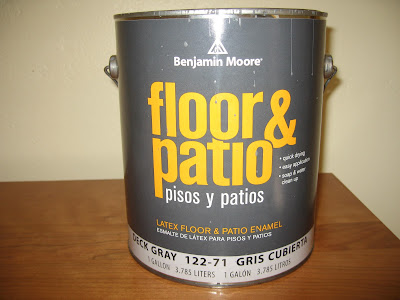 After I had painted two coats on the floor which dried to a flat grey surface Lauren decided she wanted a high gloss shiny look whereupon she bought a gallon of polyurethane. 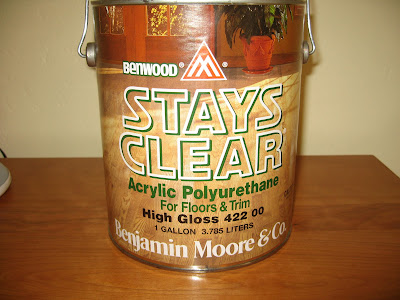 I dutifully (because that’s the type of guy I am) applied two coats of the polyurethane over the paint sanding between the coats with a 220 grit sandpaper for smoothness.  In the end it came out good, don’t you think? 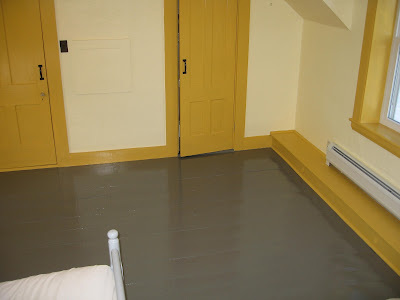 My only concern is the paint was latex based and the polyurethane acrylic based (although the fumes were intense) and to me these aren't as durable as oil (alkyd) based finishes. I don't mind using latex on walls and trim but if you are walking on the stuff it better be tough. A few days later I told someone I was glad it was warm so I could open the windows while I applied the polyurethane.  She proceeded to tell me she applied an acrylic based polyurethane (5 coats) on her kitchen floor just one year ago and it is now worn down to the wood.  I think she said she used California paints where we used Benjamin Moore but it still has me a little concerned how well our finish will hold up.  We will let you know.


In other news most people around here know we received 8 inches of snow the day before Thanksgiving.  This put a lot of folks in an earlier than expected travel mode because they knew Wednesday was going to be crappy for driving.  This included my in-laws who drove up Tuesday to see us.  That would be Frank and Joan, also known as the Bo and the Dee because when our girls were young they called Frank “Bo-Bo” and Joan “Dee-Dee”.  Frank likes to read his daily papers and because we’re the last stop on our snow plow guys route we knew it was going to be a long time before our driveway was plowed. So I got out the cross country skis and skied into town to pick up the papers, the mail, and a few things from the grocery store.  It was fun skiing down the middle of Main Street.


On the way back I had to force myself to fall on Mill Hill Road because it was too steep and slick going downhill.  I tried to snowplow but couldn’t so instead of reaching a speed of 65 miles per hour and maybe wiping out I decided a forced wipe out at 15 to 20 mph was a safer bet.  Near the end I let myself pick up extra speed and managed to stay standing.  I like this mode of travel and know it’s a good workout as well.


A special shout out to Allan Stellar of Solar Compound and Robert Carlo new followers to Androscoggin Bloggin. Thanks for stopping by.
Posted by Unknown at 2:07 PM