I Want to Build a House 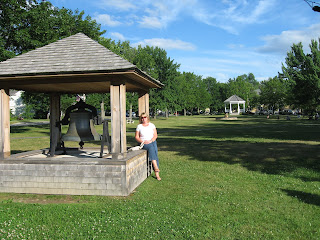 I've worked on and built many things since my teens; concrete septic tanks, ocean seawalls, a chessboard, spice rack, metal bench press, acoustic guitar, and various home renovation projects. Lauren and I have seriously considered buying an old house, like 100 plus years old and fixing it up but something in my mind has me thinking about building a house from scratch. The advantages are we would get to design it first to our liking, most old homes have floor layouts we wish were different. Old homes are usually drafty and energy inefficient and we could build one that's very "snug" so when it's zero outside we would feel comfortable inside and not go broke paying for heating oil. We've gotten a bit wimpy the past 5 years living in San Diego. Old homes often have old musty basements with dirt floors and lots of spider webs, all of which I love but I can use a new full concrete basement to greater potential. The other thing is older homes tend to need more maintenance than newer homes. I'm almost 51 now and I'm thinking instead of having things to fix for the rest of my life if I build new and build well then I'll have more time to hike those beautiful mountains and drink good beer.

So why cheap? Well, duh! Why not? When I say cheap I don't mean using the cheapest materials. I'm mean using quality materials in ways that allow it to be a bargain for me. The fact that I want to do as much as I can on my own will make it cheaper for me. We can build it small because most of the time it's just me and Lauren in the house. We can build it one story because that is cheaper, easier and quicker to build.

Finally, why Bethel? The reasons are endless. It's beautiful. It's green in the summer and white in the winter. It's nature, it's small town, it's real. It doesn't have a million and one things to do like San Diego but I seem to enjoy what I do there a million times more. It has mountains, clouds, rain, the green, green trees of summer, open green fields with wild flowers, cows, bald eagles, kayakers, hikers, musicians, locals, color, spectacular foliage in the fall, Suds Pub, the Funky Red Barn, Carter's Farm Stand with the best meat in the world and where you pay by the honor system by leaving your money in the can. Hello America, where have you gone? White churches with white steeples and lots of white snow, Snow White snow, Sunday River Ski Resort, a road named Paradise and of course the river, the Androscoggin River. If the river wasn't here, Bethel wouldn't be here, but it is and it's perfect. Bethel has a town Common, an oval green park with a gazebo where music is played and children play, a bell, a fountain, and a flagpole with the flag. They have an art show here each year and the annual Mollyhockett 5 mile road race ends here. Behind the Bethel Inn across the street they shoot off fireworks each year. It's as close to a Norman Rockwell scene as I can imagine living in and so I want to go.
Posted by Unknown at 12:34 PM